Is It Bad To Have Spiders In Your House?

Spiders are among the most prevalent household insects and are found worldwide in different shapes and sizes. While most people want to get rid of spiders, a few fearless ones adopt a live and let live motto to the 8-legged guests. So how bad is it to have spiders in your home really?

Read the rest of this OneHowTo article to find out whether you should be worried or not about the spiders in your house!

You may also be interested in: How to Get Rid of Spiders in House Naturally
Contents

What are the Benefits Of Having Spiders in the House

So spiders can actually reduce the number of harmful pests in your home which could help to prevent insects such as flies from spreading harmful pathogens in your home. If you have a garden, spiders can also help there by eating the bugs and pests that damage your plants - they are used in organic cotton farming, for example, for this very reason.

Spiders in the House - Drawbacks

Avoid touching a spider as they might bite if they feel threatened. It may cause swelling, pain and may require hospitalisation depending on the species. For example a bite from the infamous black widow can cause cramps, nausea and respiratory problems. Even smaller spiders' bites may cause skin lesions . Such treatments are best done with the offending spider being caught and presented for identification to diagnose correctly which is difficult.

So having spiders in your house is generally a good thing as long as you do not get too close! However if you'd just like to know how to get rid of spiders then we can help with that too.

Spiders are not aggressive and don't seek human contact. They are pretty oblivious to humans and will generally not attack or bite unless feeling very threatened. The common reasoning that "if you didn't see what bit you, it was probably a spider" is just a myth! They are arthropods, not "insects" and don't feed on human blood.

Spiders may crawl into your bed in your absence to eat bedbugs but will not willingly approach human beings. They have terrible eyesight and cannot see you unless you are very close, and spiders are sensitive to movement and vibrations which to them indicate danger. If they do come across a sleeping human then they are more likely to turn and run!

Most house spiders have evolved to indoor life and cannot survive if they are put outdoors. Finally, its worth pointing out that spiders do make you work more to keep your house clean, leaving cobwebs and the remains of insects trapped in them, something which is a nuisance!

Throughout time, the spider has been associated with many myths and superstitions and is repeatedly mentioned in mythology across cultures and countries. Many superstitions instruct people to never kill a spider, while other beliefs lead to the death of some types of spiders. House spiders are supposedly believed to bring good luck and good fortune to inhabitants!

If you want to read similar articles to Is It Bad To Have Spiders In Your House?, we recommend you visit our Maintenance and home security category.

How to Get Rid of Fleas in your House
How to Make a Homemade Spider Repellent - Humane Solutions
Why Are There Fleas in My House?
How to Get Rid of Ants from Your House
Most read
1.
How to Clean White Soles on Sneakers
2.
How to Repair a Peeling Faux Leather Jacket
3.
How to Descale a Dolce Gusto Coffee Machine
4.
How to Remove Oil Stains from Shoes
5.
How To Remove Oil Stains From Leather Shoes
6.
How to Remove Lemon from Marble
7.
How to Paint a Wooden Floor without Sanding
8.
How to Dry a Wet Memory Foam Mattress 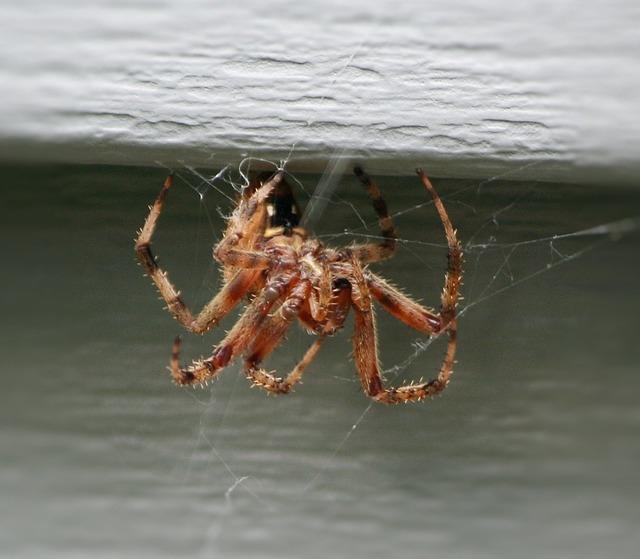 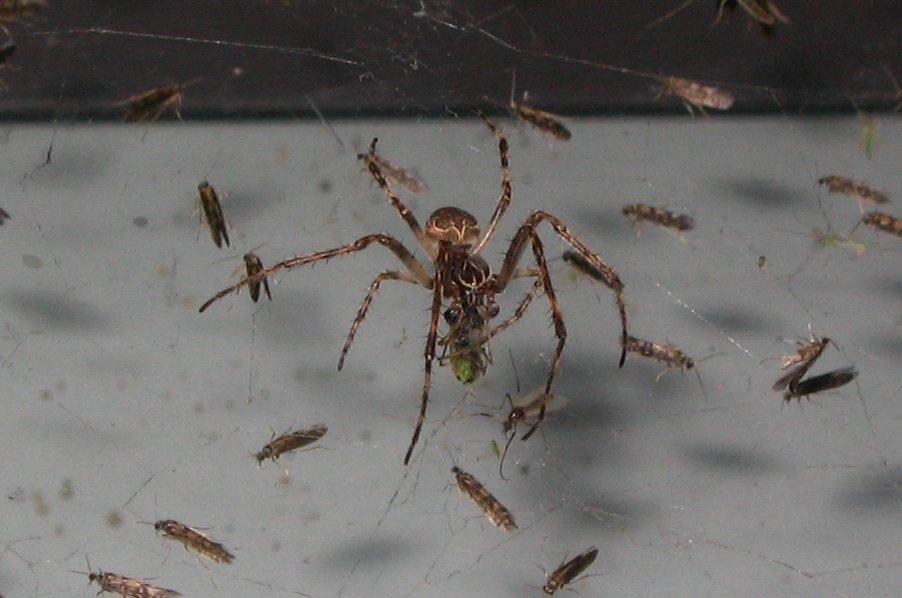 Image: en.wikimedia.org
1 of 2
Is It Bad To Have Spiders In Your House?
Back to top