What is the Meaning of the Orchid Flower According to Colour?

Orchids are one of the most attractive and stylish flowers in the world. They are often admired for their intricate beauty. It is therefore not surprising so many people choose orchids as gifts for friends and special occasions. Orchids have meaning and symbolism in different cultures, often due to their sublime beauty and seductive quality. Furthermore, the different colors of orchids symbolize different things within these cultures. As there are about 4 times as many orchid types as there are species of mammal in the world, we're not going to go through every plant. But we at oneHOWTO will show what is the meaning of the orchid flower according to color, choosing the main colors of orchid commonly found.

You may also be interested in: What is the Symbolic Meaning of a Lotus Flower
Contents

White is the color we associate with purity and eternity, making white orchids one of the most common flowers to be presented at weddings. They are one of the best ways to express a pure, innocent and lasting love to your affianced. This is so ingrained in tradition that brides in many cultures wear white on their wedding day as a symbol of this purity. Many more simply wear white as it has become synonymous with wedding dresses.

While purity is an aspect of the color white, this also hints at cleanliness. Many religious vestments, such as the Pope's robes, are white. While this might represent purity, but it also represents a washing away of past sins. For this reason, white orchids are a flower which can b e presented to signify a new stage. Whether it is in a romantic relationship, overcoming a health problem or simply apologizing for a grievance, white orchids are a useful flower to show the past is behind you.

While innocence is often associated with white, white orchids have a darker side. Due to the once common practice of being swaddled in white for a funeral, ghosts are often presented as being white (the classic white sheeted ghost comes from this origin). For this reason, we often think of using white orchids at funerals or simply to remember a passed loved one.

However, more than anything, white orchids are a symbol of hope. Innocence is often associated with children, so white orchids can be used for children's parties or welcoming a birth. The hope represented here is the hope for a child's future, for joy and new beginnings. An example of a beautiful (and delicious) white orchid is the vanilla orchid, whose seeds are used in so many recipes.

The bright color of yellow orchids is a beautiful sight, but it is interesting how yellow symbolism changes between cultures. When we hear yellow used as an adjective (beyond simply color), it often connotes cowardliness or fear. A 'yellow bellied' person is someone who is easily frightened, but it is rare you would want to present someone with an orchid for this reason.

In many Asian countries, yellow is a much more positive color. It is often the color of the sun in the sky and we associate yellow orchids, as we do with many flowers, with spring and blossom. It is the color of new beginnings, bringing joy to the spring land and showing winter is over. This is why yellow orchids are also a great gift for pregnancy.

In China, specifically, it symbolizes happiness and wisdom. It is such a glorious color in China that it is deeply associated with the emperor of aid nation, the first emperor of China being known as the Yellow Emperor. Yellow is often the symbol for reason as well as wisdom, so yellow orchids are particularly good flowers for graduations or some sort of award for achievement.

Yellow orchids are also a perfect gift for a friend as they symbolize optimism and trust.

There are perhaps few less orchid colors than red which have such a striking reaction in the observer. The same could be said for color in general. Red is associated with passion, courage and happiness, but is denotes rage, danger and hell. A red orchid can be used to provide a strong statement for so many occasions.

As a symbol of desire and passion like red roses, a red orchid is one which is often provide from one lover to another. As red also connotes sin, even being the color of hell in lots of religious imagery, it is a double edged sword. However, giving a red orchid can just as happily be presented to show intensity of love for a spouse or partner as it is an illicit lover.

Red orchids can signal danger, but it is rare these will be presented as gifts. More commonly, they are used as celebrations. You might associated red orchids with glitz and glamour, just as a red carpet often is. As red is so intense, it is also representational of dramatic events like the opera. It is often the same color as the red velvet on opera seats. This red velvet is also often used for ropes in VIP areas, showing that red orchids can be used for private and/or exclusive events.

Bluish hues are often seen as cold and represent tranquillity, calmness and peace. Blue orchids or orchids with purple hues are perfect to evoke relaxation. Delivering blue orchids is synonymous of wanting to give the other person a message of harmony and peace. They are also used in alternative therapies shown to relax the body and mind.

Furthermore, blue orchids are very rare, so they can also symbolize rarity. If you have a love which you want to honor, giving them a blue orchid can show that they are unique (at the least to you). Blue is also the color of the sky in many circumstances, so a blue orchid has an ethereal and other worldly character to it. If you know someone who has their head in the stars and is obsessed with the ideas of other worlds then perhaps a blue orchid is for them.

Purple orchids symbolize royalty, respect and admiration, so they make the perfect gift for a parent or something you really appreciate or revere.

The pink orchid symbolizes love. They allude to femininity, seduction and sensuality, so they are a good gift for someone to show you are interested in them romantically. It is not as passionate as red orchids for romantic intentions, but perhaps the restraint of pink is more a more suitable gift for someone you care about.

Pink orchids are possibly the most universal of the colors in this list. They can be applied to so many occasions, but it is important to remember that it is not often one of the most popular colors.

Pink is also a color associated often with the LGBTQ community, with pink triangles often been seen as emblematic of homosexuality. Pansexual and trans communities have flags with the color pink on them. Perhaps if you are celebrating gay pride or want to show support to a member of the LGBTQ community then a pink orchid would be appropriate.

If you want to read similar articles to What is the Meaning of the Orchid Flower According to Colour?, we recommend you visit our Gardening & plants category.

What is the Meaning of the Orchid Flower According to Colour? 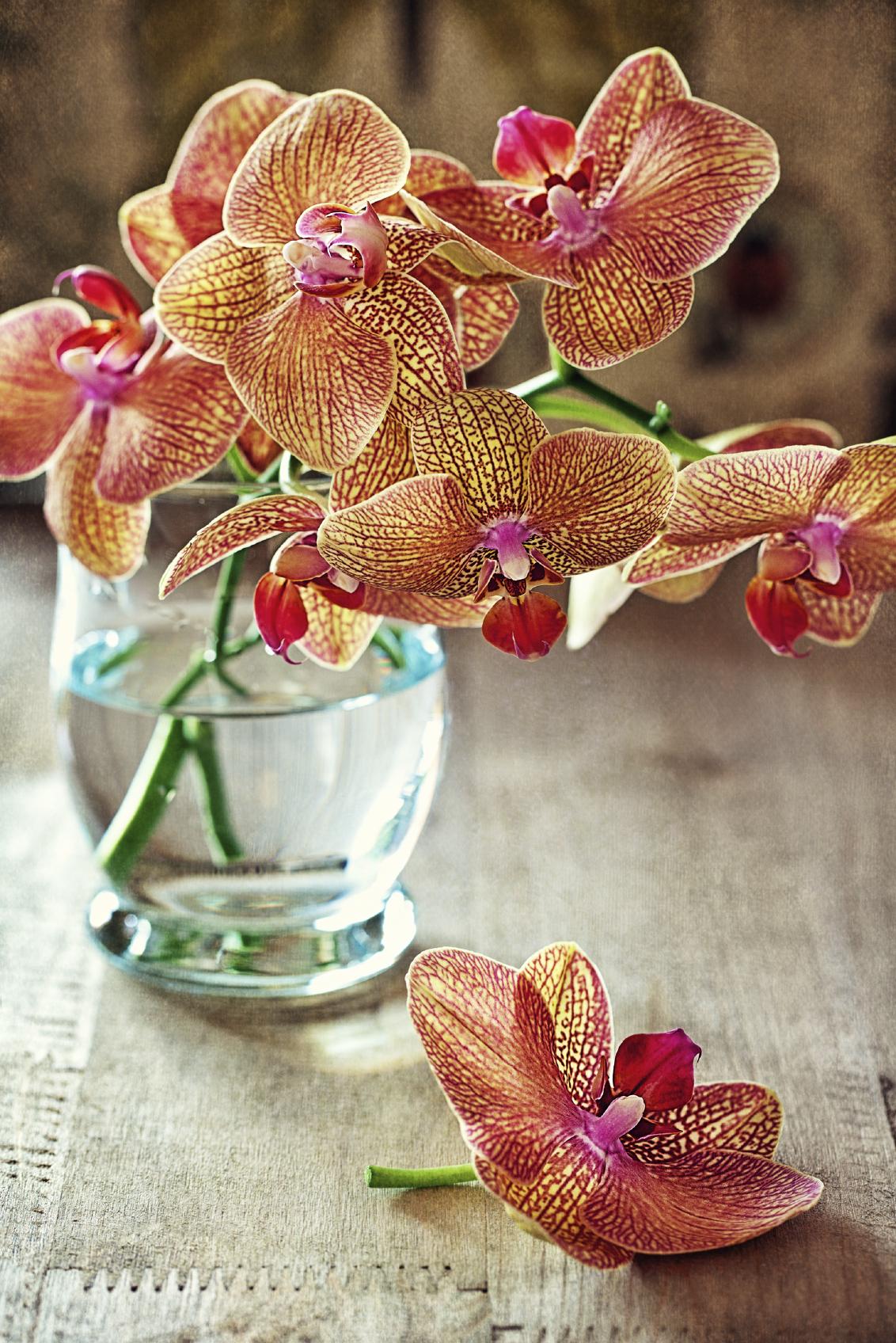 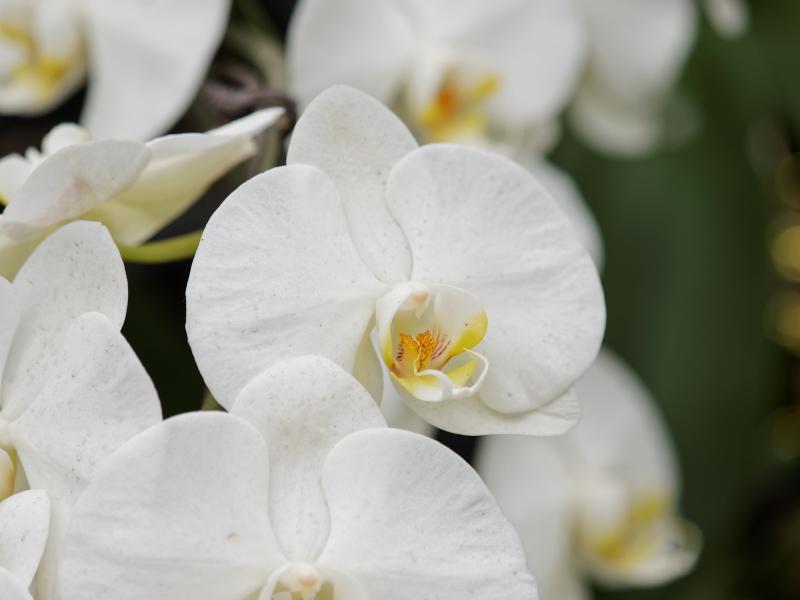 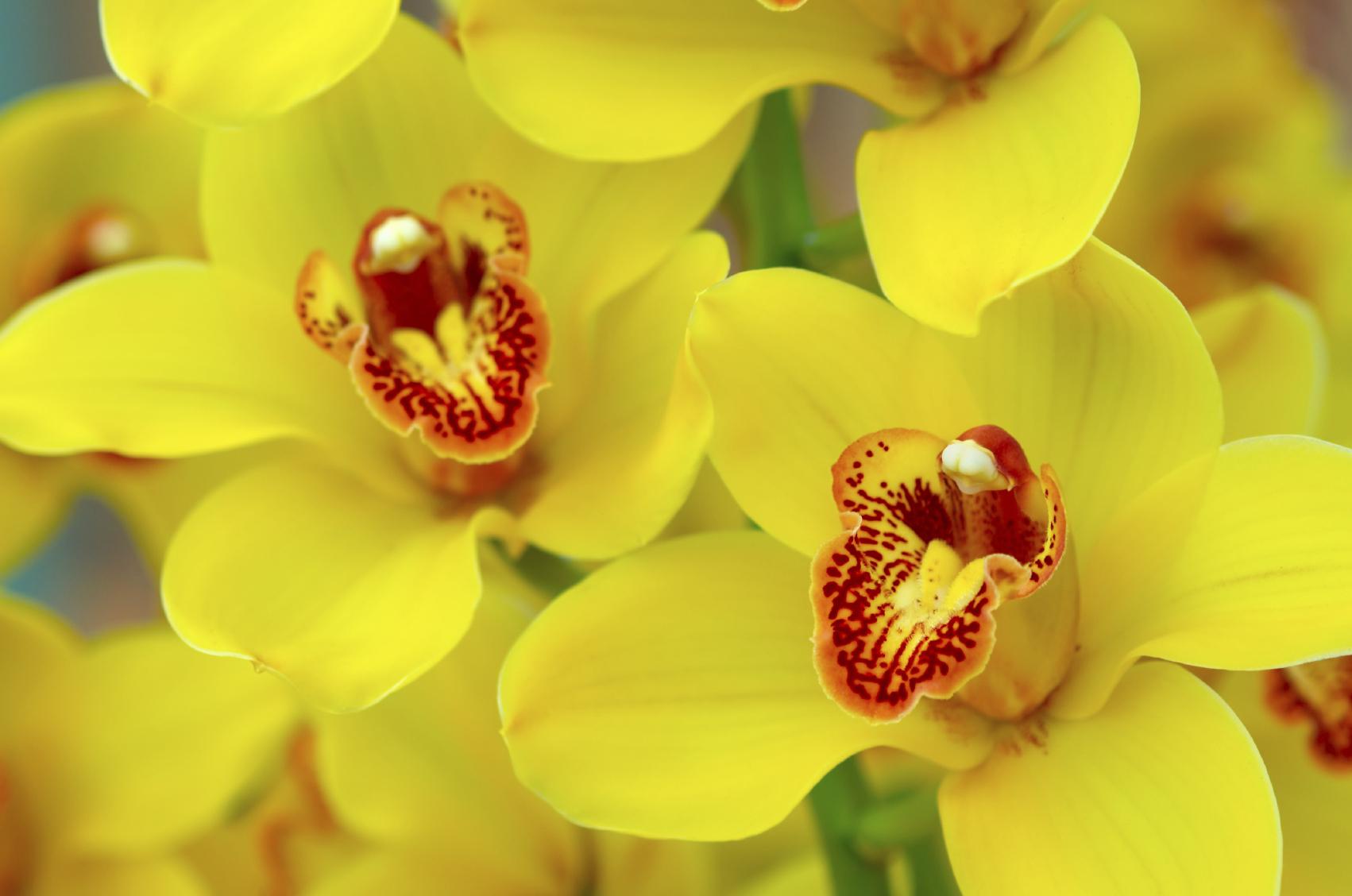 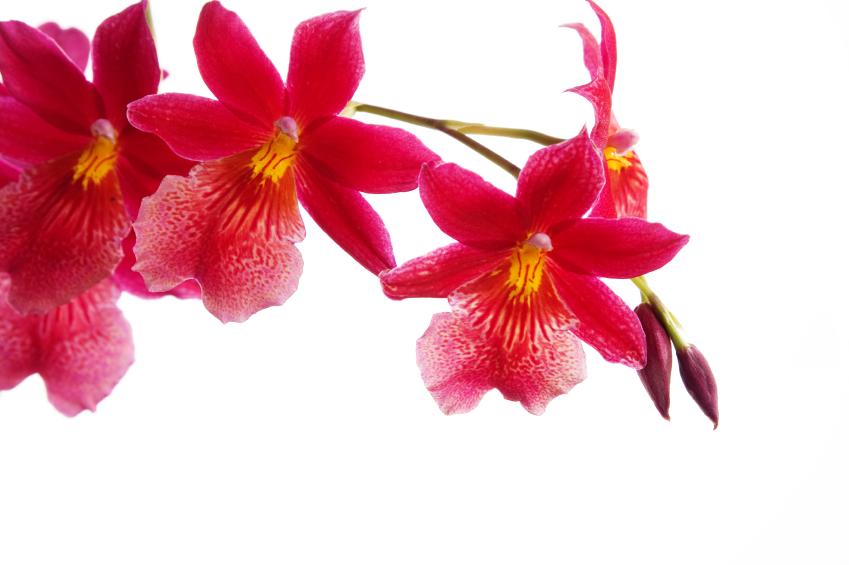 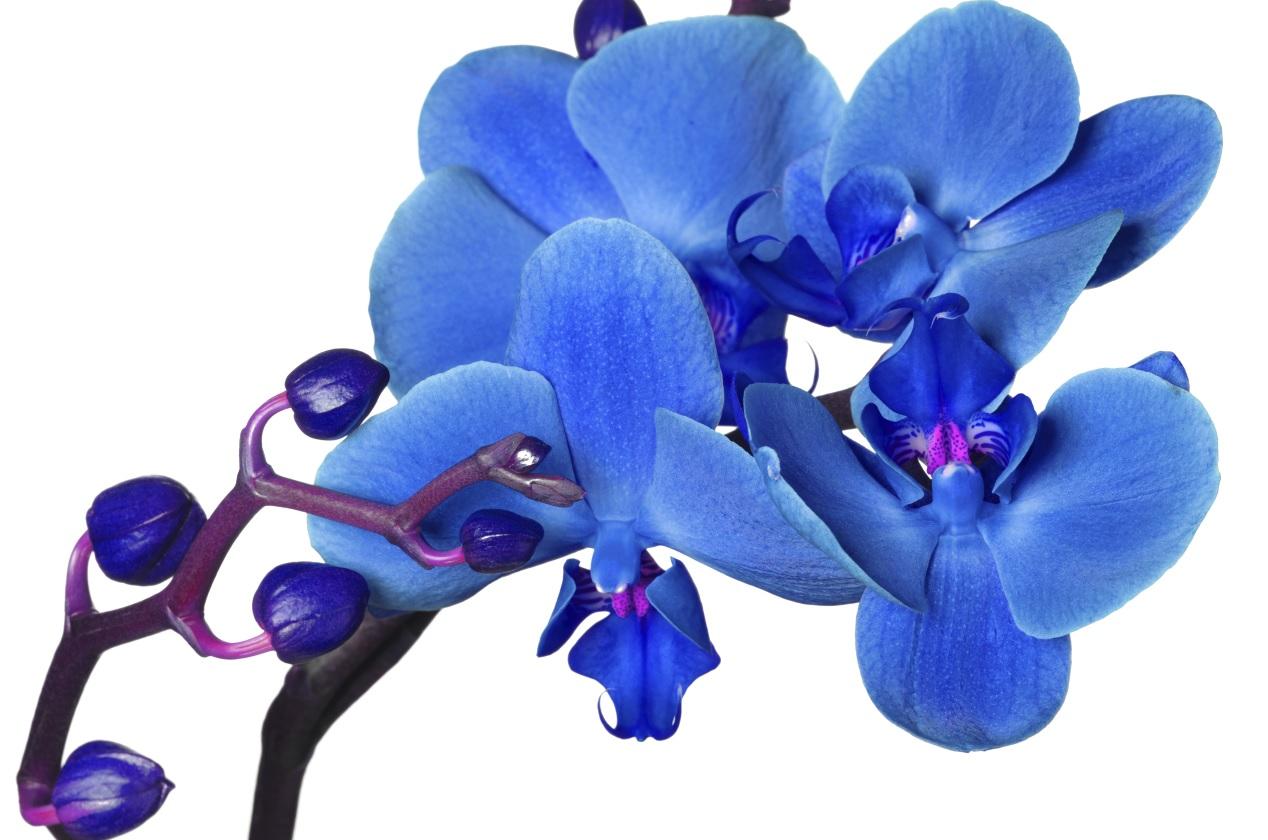 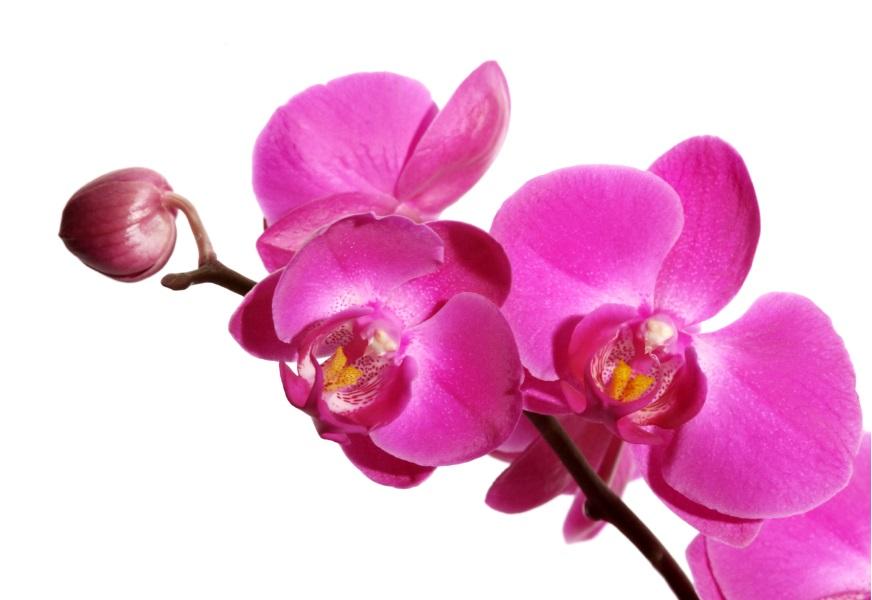 1 of 6
What is the Meaning of the Orchid Flower According to Colour?
Back to top